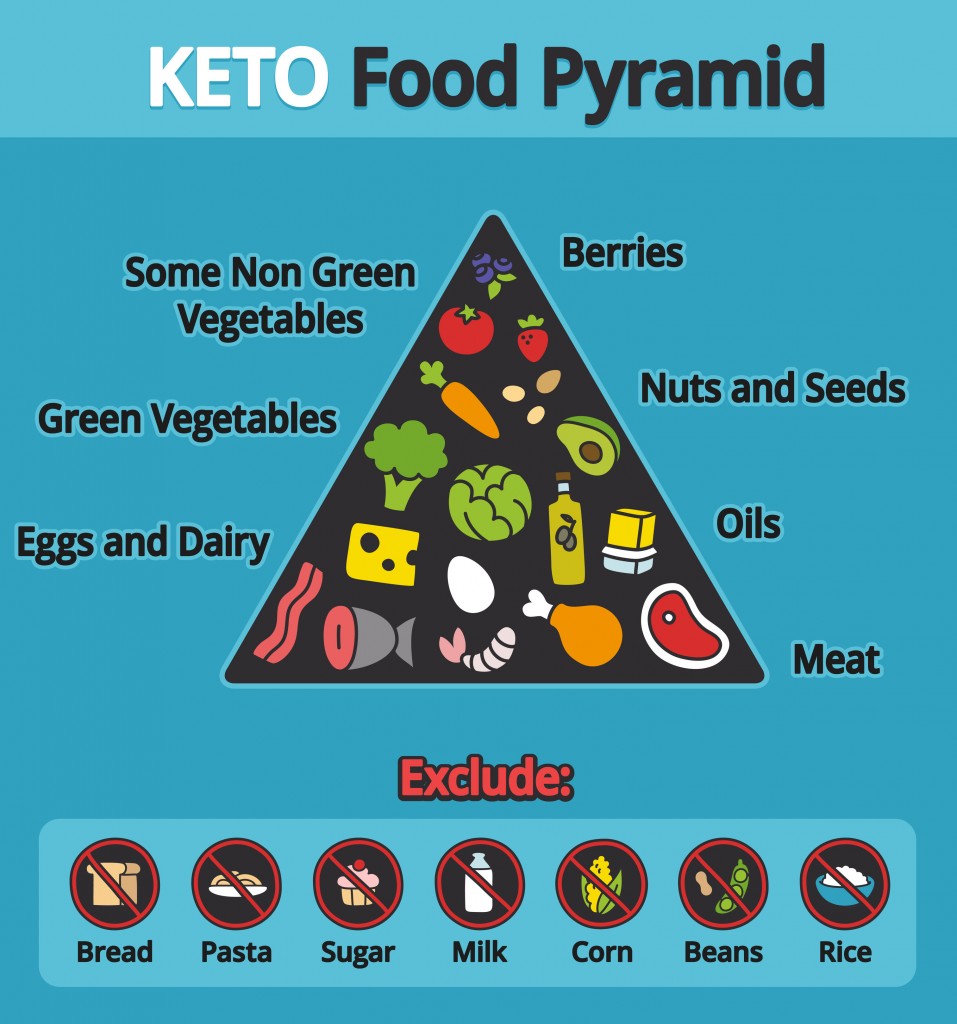 Ketogenic (herein referred to as “keto”) dieting has been around for decades and garnered a somewhat strong following in health/fitness subculture. Essentially, keto diets are simply diets that are high in fat and protein and very low in carbohydrate (usually <10% total macronutrient intake). Thus, the body is diverted to utilize fats for energy instead of glucose stores.

Keto diets can be effective for many individuals and tailored to suit their goals, but are exceptionally useful for losing fat. While keto diets are often used mainly for health and fitness purposes, they are also implemented in medicine as treatment for epilepsy.

You may be asking, “What makes a keto diet different from any other low-carb diet?” Well, not much really, other than that some individuals believe keto diets are only effective when the body enters a state called ketosis and starts to produce ketones for energy (hence the name “ketogenic”). But to reach a state of ketosis, you must extremely restrict your intake of carbohydrate. However, this supposition is shortsighted and whether or not your body is in ketosis is not a huge deal.

In this multi-part guide we will take an in-depth look at the physiology behind keto dieting, the different types/variations of keto diets there are, how to setup your own keto diet for fat loss, and finally answer some frequently asked questions. 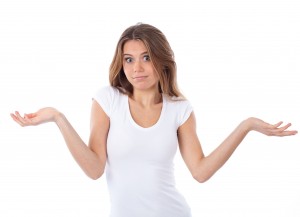 What Exactly is Ketosis?

As aforementioned, ketogenic dieting is so-named because the inherent restriction of carbohydrate intake can induce a state of ketosis in the body—a condition in which ketone bodies are elevated in the blood.

Ketones bodies are organic, water-soluble molecules synthesized in the liver from fatty acids when food (specifically carbohydrate) intake is limited. These ketone bodies can be used for energy once transported to extrahepatic tissues.

Ketone bodies are regularly produced in small concentrations in normal individuals, and are undetectable in typical urine assays. However, when the concentration of ketone bodies in the blood increases (known as ketonemia) they start to be excreted through urination (a condition referred to as ketonuria); ketonemia and ketonuria together constitute a state of ketosis.

Therefore, keto diets are a method of inducing nutritional ketosis (not to be confused with pathological ketosis, which is a medical condition). When in ketosis, the body ultimately diverts itself to rely on fatty acids and ketone bodies as primary sources of energy.

There are three primary variations of keto diets that we will cover in this first part of the guide—standard keto dieting (SKD), cyclical keto dieting (CKD), and targeted keto dieting (TKD). The type of diet you use will ultimately boil down to trial and error and your goals (more specifics on this below).

Standard Keto Dieting—This is the simplest and most basic variation of keto dieting. SKD does not have periods of carbohydrate re-feeding like CKD and TKD do. This is simply a diet that has a static ketogenic diet nutrient intake (moderate-high protein, high fat, low carbohydrate). For extreme fat loss, this is likely the best route to go. 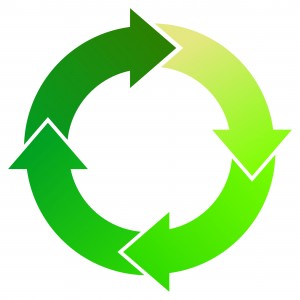 Cyclical Keto Dieting—This variation of keto dieting implements recurring carbohydrate re-feeds to help restore muscle glycogen stores for a short period of time after stores have been completely depleted. The timeframe between carbohydrate loads will vary based on user preference and their training intensity and goals.

Targeted Keto Dieting—The final variation of keto dieting to be considered, TKD, utilizes intermittent periods of carbohydrate intake specifically around the workout timeframe. The goal here is to provide enough glucose to enhance athletic performance without inhibiting ketosis for extended periods of time.

Hopefully you now have a basic understanding of how keto diets work and how they can accelerate fat loss in the body. In part 2 of this series, we will dive deeper into the pros and cons of a ketogenic diet and why it’s becoming more and more popular in fitness culture!

Bear in mind that keto diets can be effective for many individuals and tailored to suit their goals, and are exceptionally useful for losing fat. Remember, to reach a state of ketosis, you must restrict your intake of carbohydrate extremely (less than ~ 50g per day for most individuals). Most benefits of a ketogenic diet will become evident once you’ve been on the diet for a sustained period of time.

Exogenous ketone supplements may provide a variety of benefits, ranging from cognitive enhancement, more efficient fat loss, cancer prevention, appetite suppression, anti-inflammatory properties, and more. Read on as we cover in more detail what these benefits mean in the grand scheme of things. 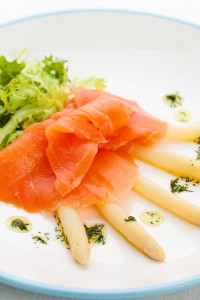 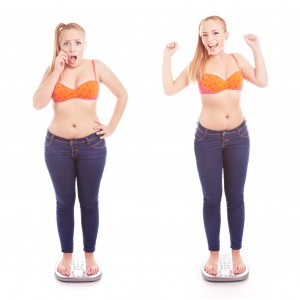 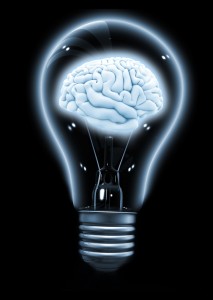 * Moreover, since glucose levels are lower on a ketogenic diet there is less oxidative stress to tissues, which has positive ramifications on mental acuity and performance in the long term.

Hopefully you now have a pretty solid foundational understanding of how keto diets can benefit your life in many regards. Sure, the fat-loss benefits are probably the most important aspect for people looking to get in shape, but the “other” benefits are just as important.

Remember there’s a lot more to our health than just your physical appearance, and what goes on inside your body is much more important than what the outside looks like. In part 3 of this series, we will cover the drawbacks of a ketogenic diet, as well as consider ways to work around those obstacles. Stay tuned!

This article will mark the third entry in a series of what will be four pieces on ketogenic dieting. If you’re all caught up, then you should be somewhat knowledgeable on what exactly ketogenic dieting is, the different variations of it, and the benefits it confers. If you’re not caught up then it’s best to read through parts one and two before you read this article.

This particular entry is going to cover what the drawbacks of ketogenic dieting are, and also consider ways to circumvent those issues should they arise.

Possible Drawbacks to a Ketogenic Diet

As with almost any diet program, there are pros and cons to be considered. That being said, the drawbacks associated with ketogenic dieting tend to be rather benign and will most likely improve as you become more adapted to the routine of eating low amounts of carbohydrates. The most common side effects to be aware of when following a ketogenic diet include:

So there you have it! As you can see, the drawbacks of a ketogenic diet are somewhat limited and tend to be rather simple to workaround or solve directly. If you find yourself extremely uncomfortable because of being on a ketogenic diet, then it is possible that your body does better when incorporating some carbohydrates in your diet. Remember to listen to your body and adjust as necessary.

The fourth and final ketogenic installation will cover how to setup your very own ketogenic diet and give you some tips/tricks to master the low-carb lifestyle. Stay tuned!

Ketogenic Dieting Part 4: Choosing Your Style and Setting up a Diet

In the previous iterations of this series on ketogenic dieting we examined the different types of keto diets, the benefits of a keto diet, and also the drawbacks of a keto diet. If you haven’t had a chance to read those articles yet, it is highly suggested you do so before continuing on with this entry.

This article is the final piece in the series and will cover what type of keto diet you should consider and then teach you how to create/set up your very own keto plan.

Which Type of Keto Diet Should You Use?

The type of keto diet you end up sticking to will vary based on several factors. It is generally advised to use standard keto diet (SKD) for the first few weeks to see how your body responds after adapting to ketosis. After the initial few weeks you can assess which diet to utilize for longer-term purposes.

You may also be wondering which variation is best for fat loss, and in short this will likely be the SKD (since you’re keeping carbohydrates low indefinitely). Some people may argue that a cyclical keto diet (CKD) is superior as the carbohydrate refeeds give the body a chance to restore hormonal balance and ignite the fat-burning process (which is true for the most part).

Below is a short overview of what you should consider when picking which variation of keto dieting to use:

SKD (Standard Keto Diet)—If you live a sedentary lifestyle and find that you don’t respond well to high-carbohydrate diets, the SKD is probably your best bet. This is also a good option for people who don’t train very often/intensely and as their body’s demand for carbohydrates is much lower than more active individuals.

TKD (Targeted Keto Diet)—If you notice that being strictly on the SKD makes you lethargic and unable to train vigorously several times per week then it is wise to consider implementing intermittent carbohydrate feedings- a la targeted keto dieting.

CKD (Cycle Keto Diet)—Cycle keto dieting is often considered the advanced form of keto dieting since it takes trial and error to really nail the precision of your carbohydrate refeeds. It is wise to first and foremost give both the SKD and TKD a try before putting yourself on a CKD. If you don’t make much progress on the SKD/TKD, or you don’t perform well, then consider the CKD.

Setting up Your Own Keto Diet

Below are the necessary steps to take to calculate your personal energy needs and macronutrient intake. This will give you the recommended macro amounts for a SKD. If you’re going to use either the CKD or TKD then you will have to take a few extra steps to construct your diet plan.

As a rule of thumb, if you’re goal is lose fat then you want to aim for roughly a 500-calorie deficit each day. That being said, there is no one-size-fits-all calorie intake for fat loss, and some people will have to adjust this number higher or lower depending on their rate of fat loss.  Also beware that your calorie intake will fluctuate throughout the week if you decide to use the CKD.

Here’s an example of how to calculate SKD macronutrient intake for someone with 180lbs of lean body mass on a 2200-calorie fat-loss diet:

So in total, this individual’s nutrient breakdown for a SKD is: 180g protein/30g carbohydrate/150g fat.

It is best to divvy out all your macronutrients proportionally amongst 4-5 meals each day.

How Many Carbohydrates to Eat on a TKD/CKD

There you have it, the complete keto diet series is wrapped up and hopefully you now have a better grasp of what exactly keto dieting is and how to setup your very own keto plan. Give it a shot and see if you propel your fat loss efforts. Be sure to leave comments below if you have any feedback or questions!

View all posts by: Mr. Discipline 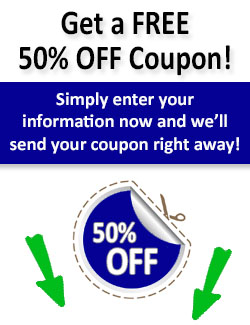